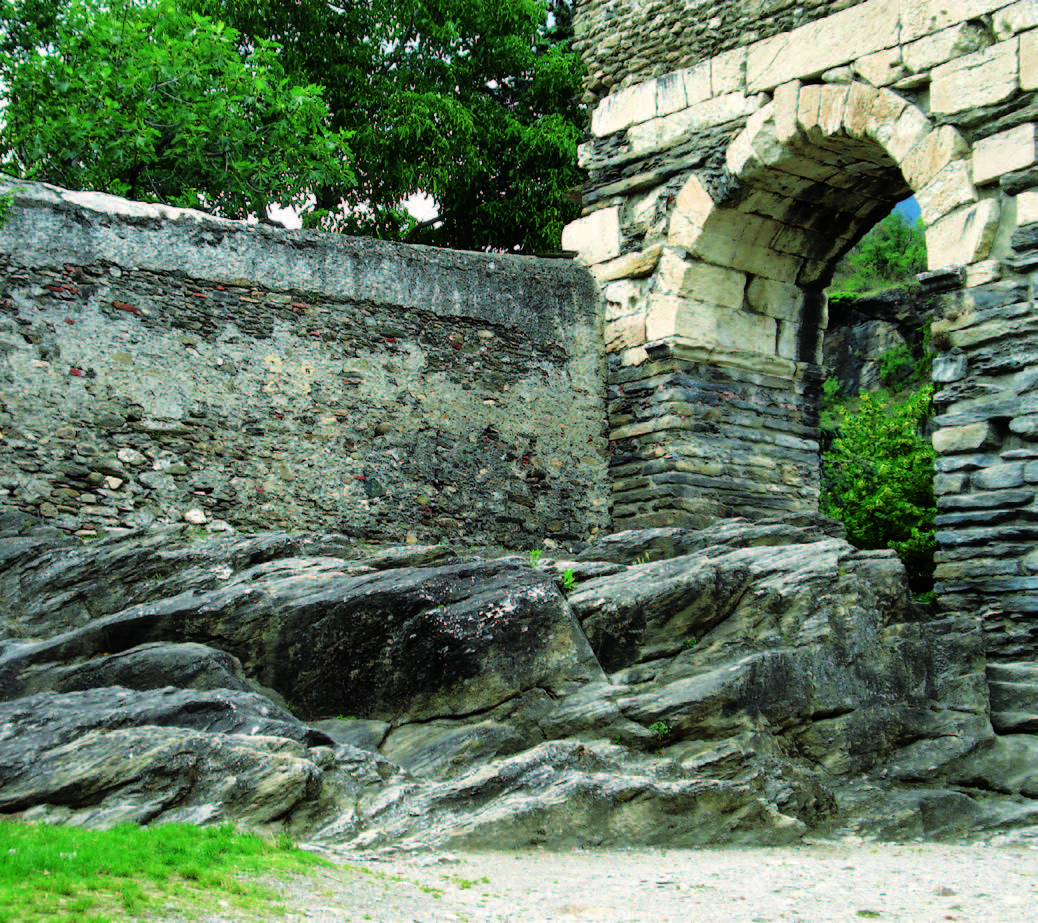 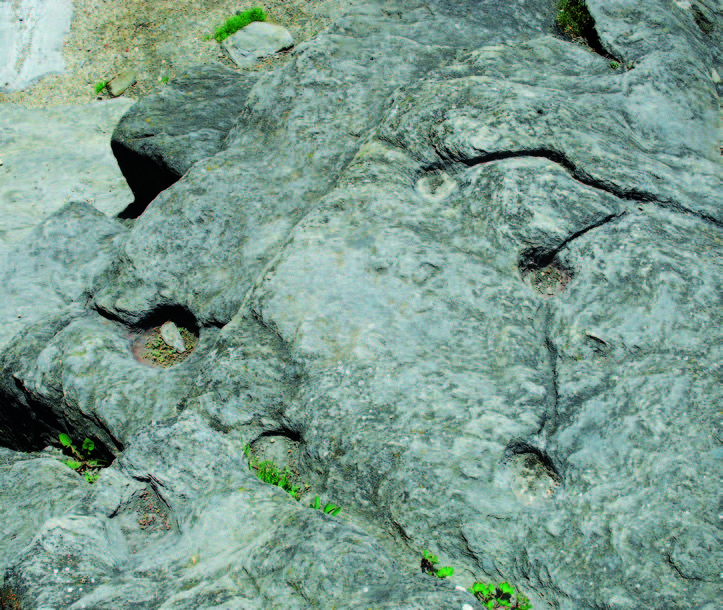 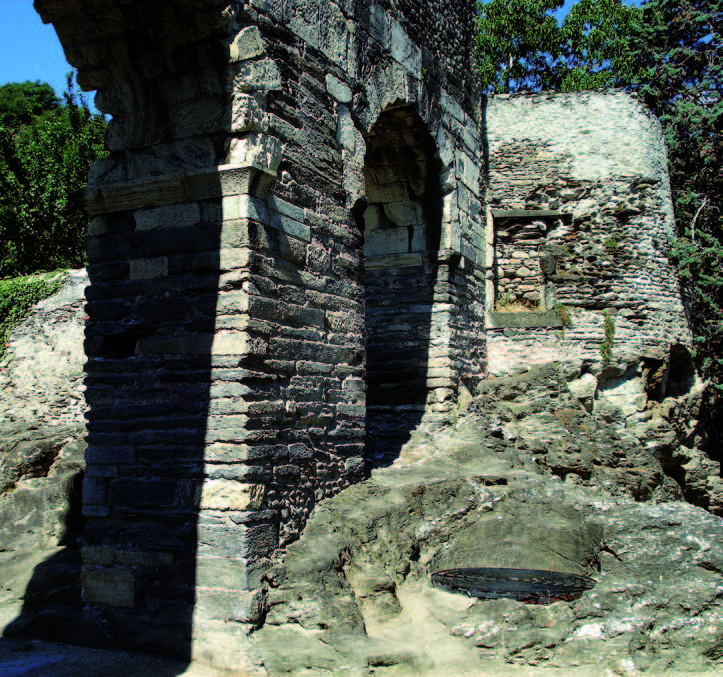 There is a large boulder at the base of the ruins of the Roman aqueduct (375 B.C.), which we can prudently consider as a space destined for sacrifices.

It is an interesting testimonial of the religious tradition and local ritual, not yet weakened by the Roman presence. The stone structure bears carvings, which are divided into three groups. The first is at the bottom on the right and is comprised of four small and medium sized basins, connected by a canal.

The second is formed of a single basin, about twenty centimeters in size, from which a half meter long canal departs. The third group is the most numerous, having twelve basins.

There are several hypotheses regarding the basins of the Susa boulder, from groups of astronomical constellations to “fusion forms”. The most popular idea is that it is an altar for sacrifices.

Undoubtedly, the big boulder’s position near the Arch of Augustus and the ancient Via delle Gallie (Gaul’s Road), contributed to increasing the historical value of this site.

The so-called “altar of the Celts”, with its basins, canals and perfectly carved sinks (made with metal tools), is a complex work, made problematic by its proximity to the ancient Roman ruins.

The importance of the boulder’s role is confirmed by the presence of several stone steps to facilitate access to the boulder’s higher levels.

The addition of these structural elements, in combination with the well dating from Celtic times carved from the same rock, has contributed to the idea that the boulder is a sacrificial altar. In any case, it requires cautious interpretation. F. Capello glossed over it in 1949 when describing the stone carvings at Susa.

However, it appears that it would not be erroneous to consider the “well” as an integral part of this group of artifacts, although one can only guess as to its use. This site appears to have been a particularly important place for encounters and ritual practices for a long time during a pre-Christian era.

The few available sources tell us that a certain Petronilla had already transformed the area into a meeting place during Christian times. It is said that she had the habit of “sitting each day, in the warm sun, on a large stone (amplissimam petram) near the city.

The men and women of Susa gathered around her and asked her to tell old stories about that place […]. Those who knew her said that the woman had lived almost two hundred years” (Chronicon Novaliciense, II, 13).