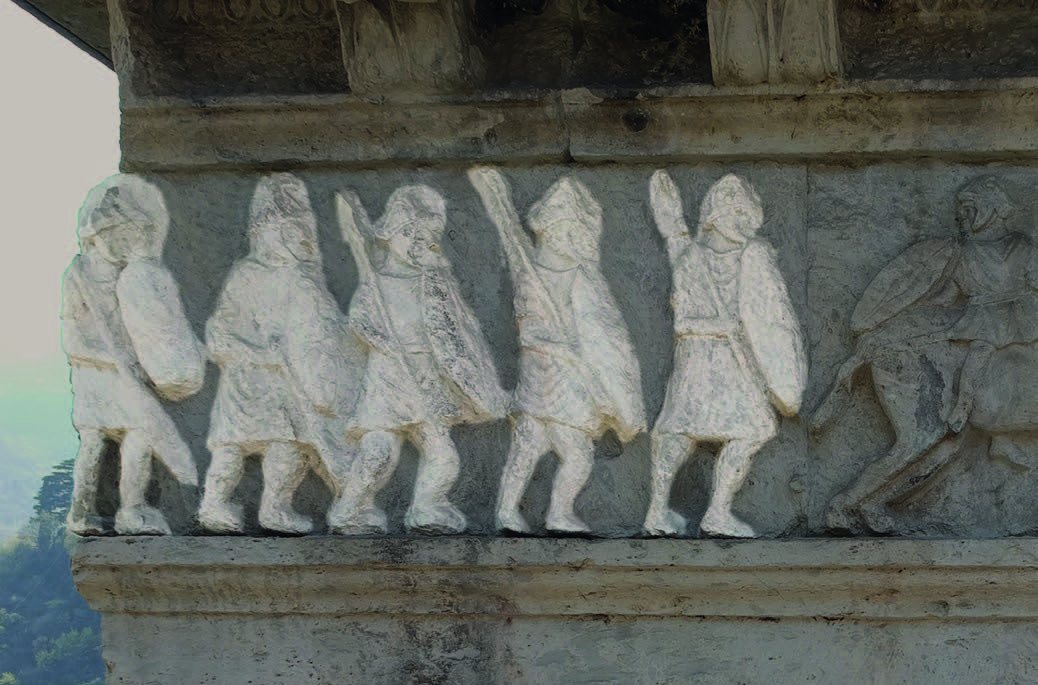 Many soldiers are present. They are in groups which we can generically identify as members of the infantry. We have a group of five soldiers, respectively to the left and to the right of the northern frieze’s edges.

On the southern frieze, the infantry is also at the edge, but it comes after the Diòscuri, which opens and closes the ornamentation of the frieze.

In this part of the frieze, it should be noted that there is a reduction in the number of soldiers on the left side. This is probably due to a practical reason with no reference to precise symbolism.

The differences in the soldiers, especially in their helmets and shields, are considered to be the result of choosing to differentiate the two military armies.

The possibility cannot be excluded that the details of single groups might just be due to the hand of the individual sculptors.