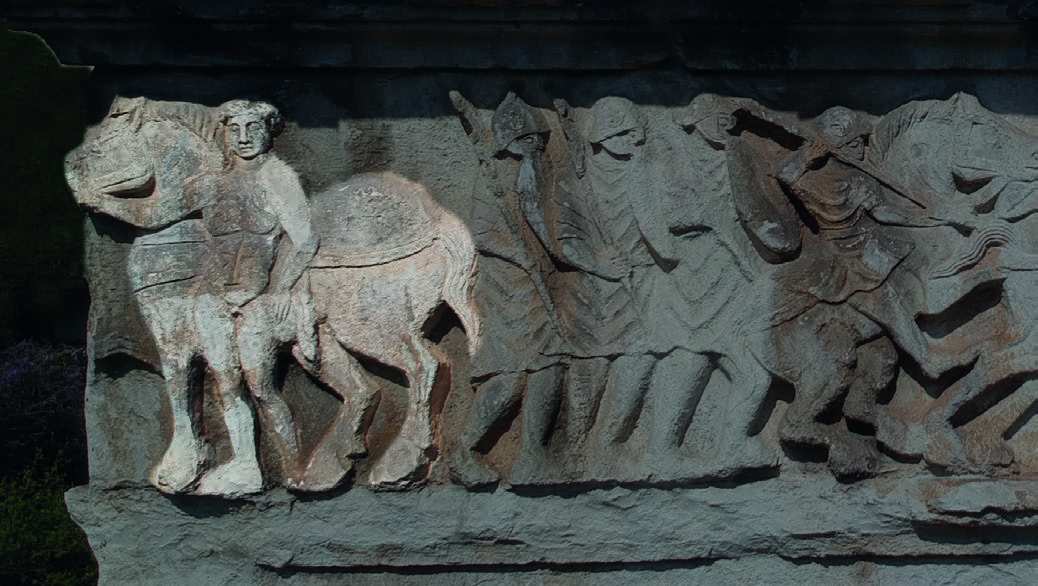 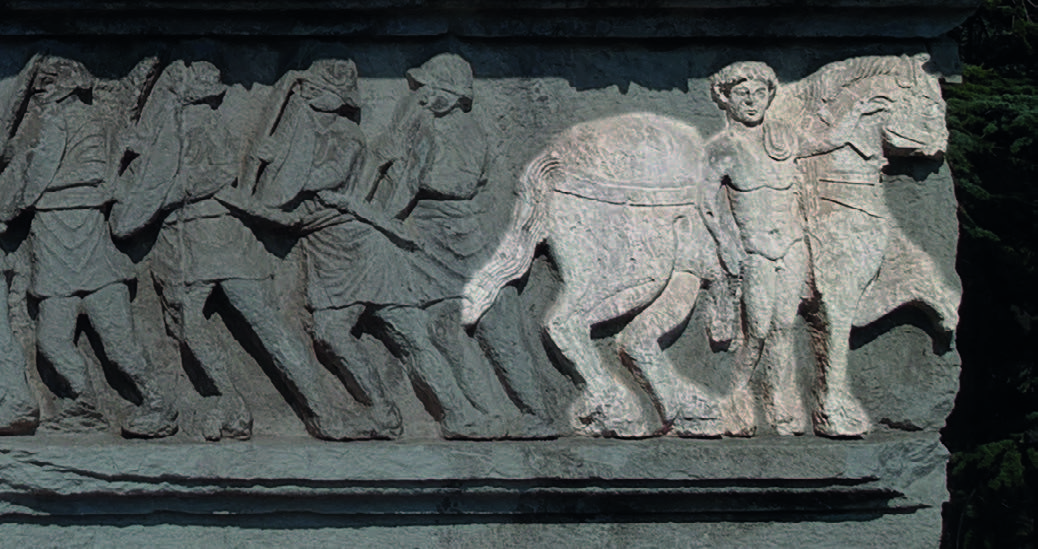 At the two far edges of the southern frieze there are two symmetrically positioned figures that most scholars believe are Castor and Pollux, that is the Diòscuri.

The sons of Zeus and Leda set a tone of sacredness as well as a celebration of virility values.

According to tradition, Castor was a proficient horse trainer, whereas Pollux demonstrated his strength through boxing.

Both bear distinguishing marks in the iconography but they are without pileus, the typical head cap with which they are normally depicted. In the Val Susa monument, they are shown as young nudes wearing capes on their shoulders.

Each one is holding a horse, the symbolic animal of Castor which in this occasion would seem to represent an affinity with the numerous horsemen shown on the front of the frieze.