After 400 A.D., populations such as Visigoths and Ostrogoths walked through this mentioned pass,
while the inhabitants of the valley were victims of raids made also by populations coming from Gaul. It was during the eighth century that the valley was scared by the wars
of the two major bordering powers: Charlemagne’s Frankish, settled on the alpine border, and the Lombards of king Desiderio, dominators of the lowest part of the valley. Charlemagne won the historical «Battle of the Chiuse» in 773 A.D., and conquered the entire area, which became part of the so-called «Holy Roman Empire», after his crowning on 800 A.D. In the following years, Susa and its valley were invaded by raids of population commonly called «Saracens», who actually were peoples belonging to different ethnic groups and religions, in many cases Muslims. «Arduino the Bald», marquis of Turin, brought this to an end, and just before the year 1000 laid the foundations for the future of Susa and the valley, controlling the entire territory up to the Monginevro pass. His first-born son Manfredi took over from him, and then left the power to his son Olderico Manfredi, father of Countess Adelaide and founder of San Giusto Abbey, located near Savoia Gate. 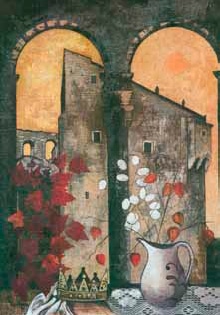 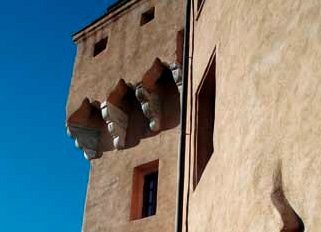